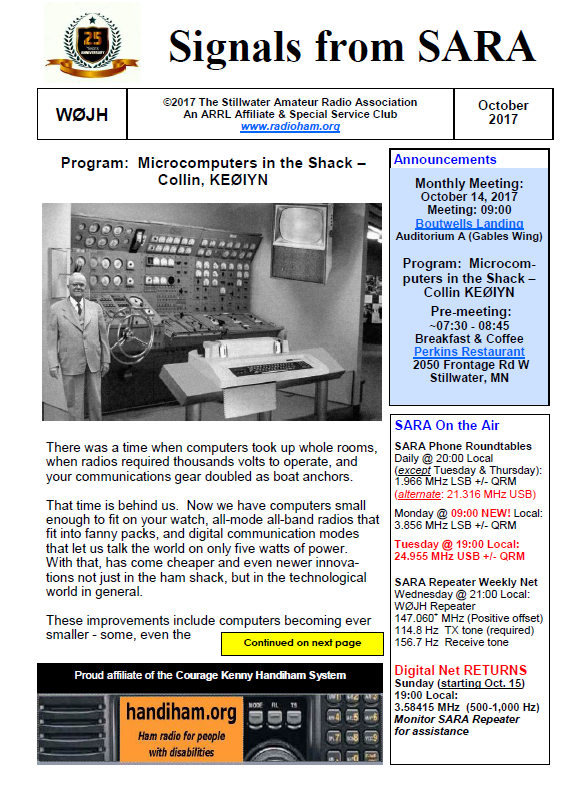 The October 2017 Signals From SARA has been released for your enjoyment. Collin KEØIYN presents Microcomputers in the Shack for the October meeting program; VE Session scheduled for November 9; “On The Waterfall” discusses the not new digital mode FT8; SARA’s equipment trailer build-out is detailed; SARA History reviews the officers of the club over the past 25 years; WAØTDA continues sharing his “50 Over” story with Part 5 Radio Clubs; an update on HF Remote Bases SARA maintains for the Handiham program; the 75-meter Monday Morning Round-Robin Rag Chew shifts to the Fall time schedule; and the SARA Digital Net returns. Plenty to read about this month!