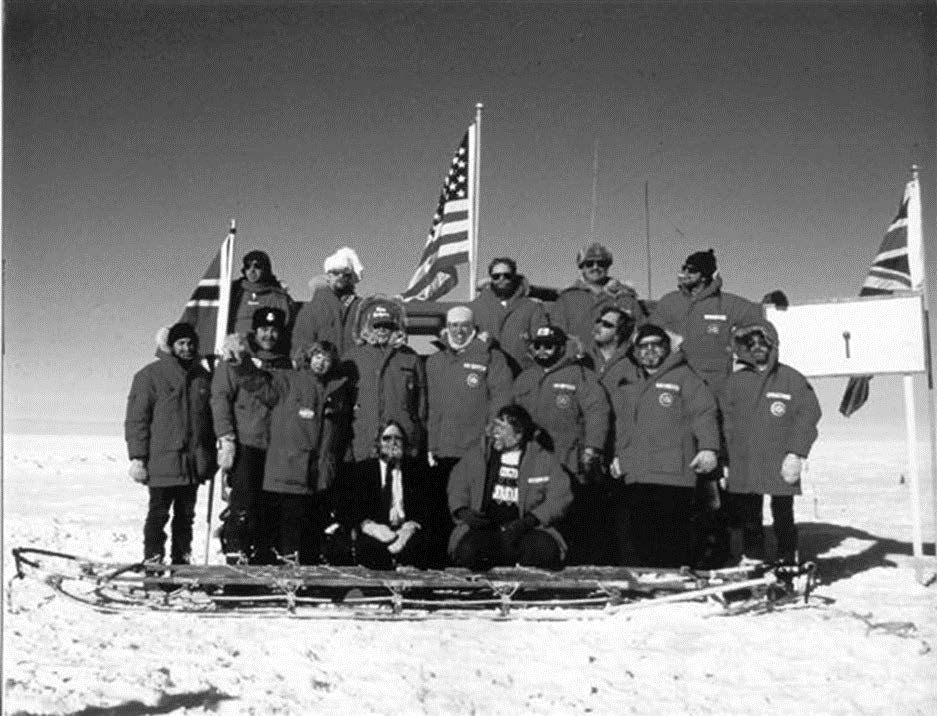 Have you ever wondered what it would be like to operate an Amateur Radio station from the bottom of the world? Or why anyone would want to live for 12 months at the windiest, coldest, driest, most isolated location in the world?

Come to the February SARA meeting to find out. New member, Steve Bonine (KAØOBI), will tell you why his lifelong ambition finally came to fruition when he stepped off a ski-equipped Navy Hercules LC-130 at the South Pole Station in late October of 1986.

As we approach mid-February, the Antarctic summer is ending. The last plane has left and there will be very little contact with the outside world for over 8 months. The sun will set one last time to signal 6 months of total darkness.

The temperatures will begin to drop past minus 60 degrees F to some winter low temps of minus 110 or less. (And we think winters in the Midwest are cold and nasty!!)

Add in the wind chill and the human residents of the station quickly become subjects of a unique science experiment that NASA uses to gain insight into possible crew interaction on future expeditions to Mars.