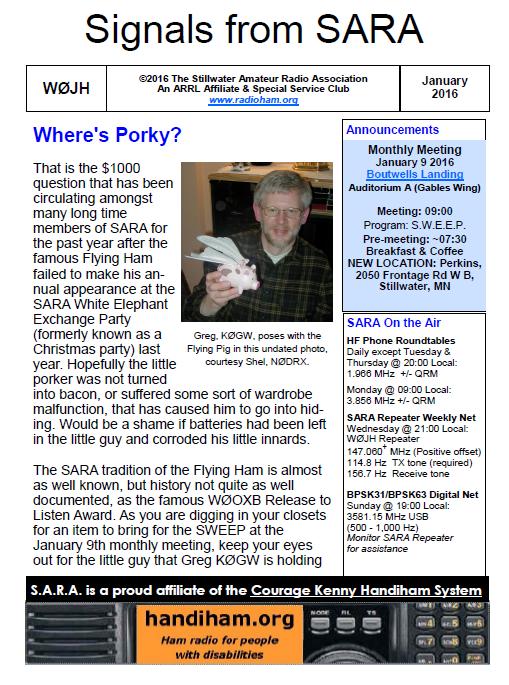 The editors have finished the January 2016 issue of Signals from SARA and you too can download it now.

In this issue: Where’s the flying pig? The answer may be known at the annual SARA White Elephant Exchange Party (SWEEP) following the January 9th meeting. Election of Officers for 2016 is also during this meeting and the slate of nominees can be found on Page 2. The start of the HELP project is covered. Peter NØGRM has shares a report on his recent Thanksgiving weekend outing that included QRP operations from luxurious accommodations in Decorah, IA.  WØTBC recovering at Boutwells; details on the Ice Station WØJH Special Event on Frozen Lake Elmo in February; the WAØTDA Retirement Open House, along with an update from Pat on Handihams; and a membership update round out this issue.