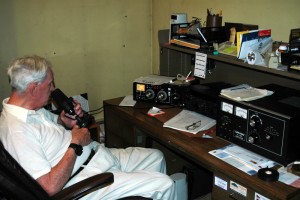 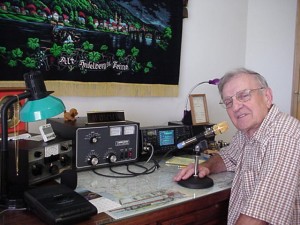 We are saddened at the news of the passing of two long-time SARA members. Jerry Frazer W0WVO became a silent key in mid-December, and Tom Jovanovich W0MMW went SK in early January. Both of them were fixtures in SARA and they will be missed.

Jerry W0WVO was a SARA member for better than 20 years. You could always count on hearing Jerry on the 160-meter ragchew on many nights, right up until he passed. I recall many a QSO on the SARA repeater on weekday mornings, myself commuting to work and Jerry on the way to Tartan Park for another round of golf. Many of us have favorite stories and anecdotes involving Jerry – on air and in person. Jerry served in WWII in the 5th Army Air Corps as a correspondent for Stars and Stripes. I was privileged to attend Jerry’s Memorial Service, and I am honored to have known Jerry.

Tom W0MMW (Mike-Mike-Willy to many of us) was a SARA member for many years as well. Tom resided at Boutwells Landing for several years. He always had some sort of antenna deployed and was very easy to determine where in the complex Tom was located throughout his moves within the service levels available at Boutwells. Again, there are many stories and anecdotes involving Tom, from stoking the stove at the Split Rock Trail Center, to installing mobile antennas in his new cars, to a certain “wardrobe” issue on a trip to up to Split Rock one year… Tom always brought a smile to everyone’s face. Tom served in the US Navy in WWII aboard the USS Honolulu and participated in action during the Pacific campaign.