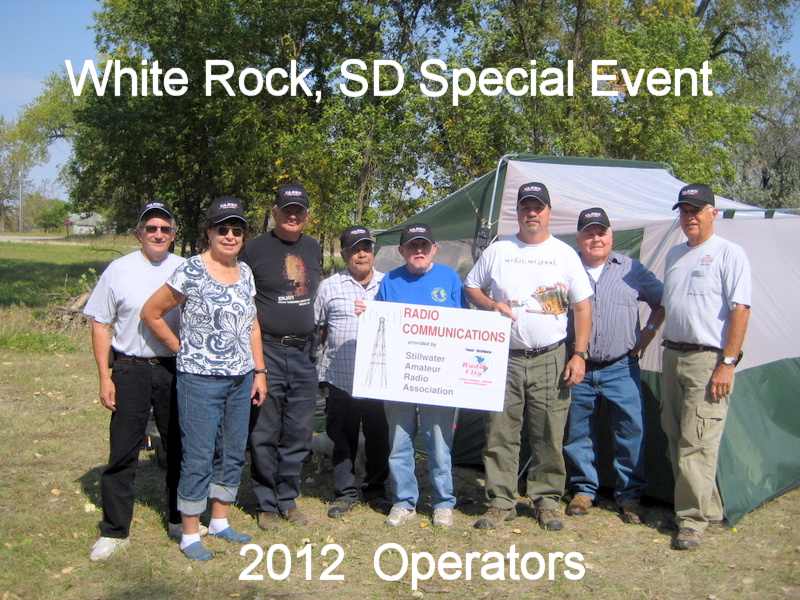 An intrepid team of SARA members will be heading to White Rock, SD (Pop. 2) August 16th to operate the Tri-State Portable Special Event!

The “Expedition” team will set up and operate portable stations where the Dakotas meet Minnesota. One or two stations will be located in White Rock, South Dakota, about one mile from the South Dakota, North Dakota and Minnesota junction. Another station will be situated at the tri-state marker (counties of Roberts, SD, Richland, ND and Traverse, MN) at Grid Square EN15.

Once a small but thriving town, White Rock now has a population of only two residents. We will operate from tents, using generator and battery power. This marks the sixth time our club has operated from this location; previous events were held in 1999, 2000, 2002, 2012 and 2015.

Some ask, “So why in the heck do we go out there if there’s nothing there?!”

The Top Five Reasons for going to White Rock and doing this:

#5: because it’s something we’ve done before … 5 other times

#4: because it’s at the junction of 3 states … but be careful if using your GPS

#3: because it’s a ham-kinda thing to do

And the #1 reason why we do this special event … because we can!

Operating Schedule: August 17 and August 18 1500Z to 2359Z. (Times are approximate, we may be on air earlier and stay on later as conditions permit)
(Possible on-air operation late August 16 after stations & antennas are set up)

Certificate. Shel Mann, N0DRX, via email only, WhiteRock2019@radioham.org . QSL Certificates will ONLY be sent via e-mail in PDF.