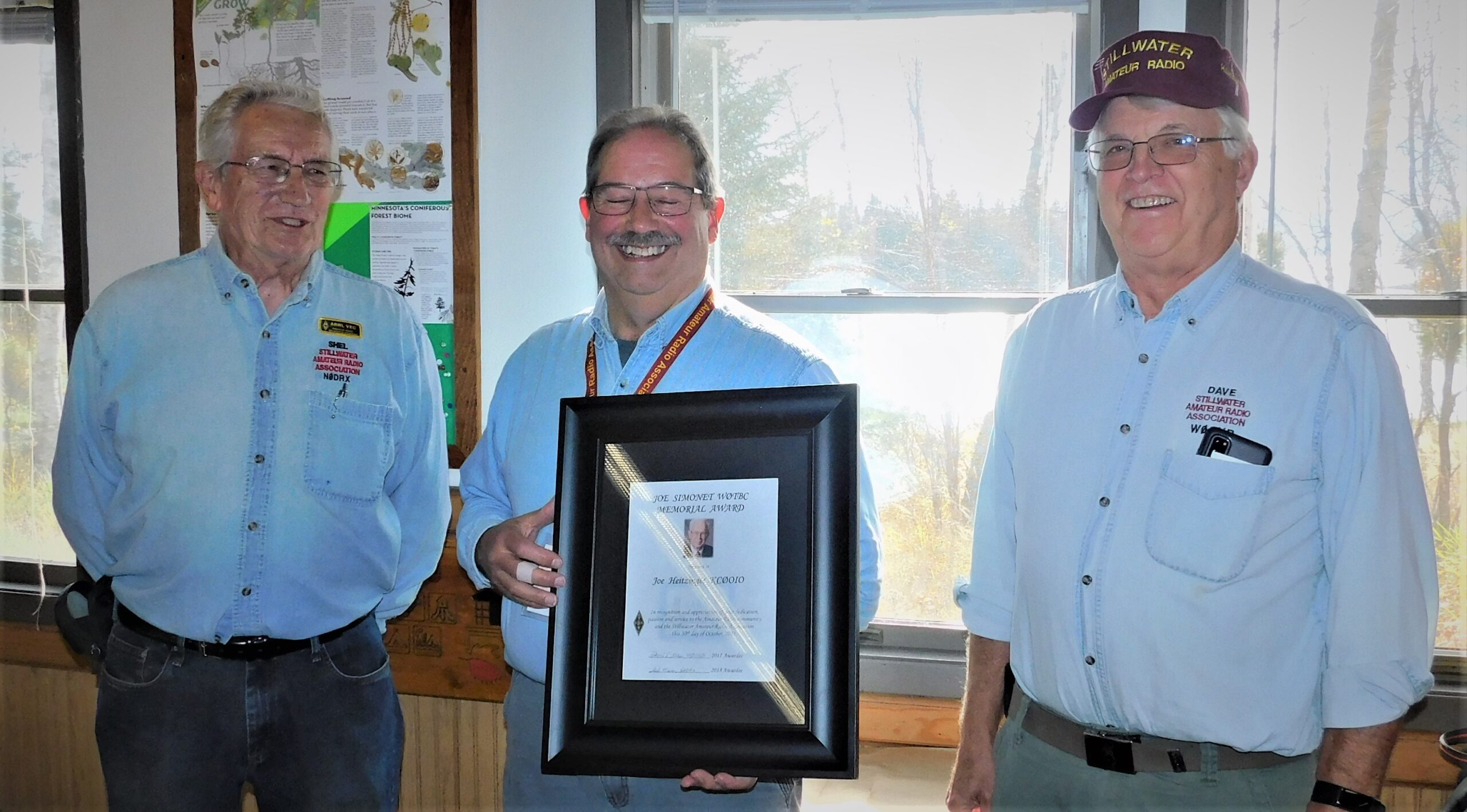 On Saturday, October 30, during a break in the action at the 2021 “Remembering the Edmund Fitzgerald” special event at Split Rock Lighthouse State Park, the third recipient of the Joe Simonet WØTBC Memorial Award was announced.

The award is given to SARA members that best exemplify the passion and dedication to Amateur Radio and the Stillwater Amateur Radio Association of Joe (WØTBC) “The Big Cheese”. The award was established by SARA in 2017, following Joe’s passing in October, 2016.

More on this award and others presented at Split Rock will be published in the November issue of the SARA Newsletter.